As the title says, it’s that time again.  I’m so glad to be able to share little bits of my work.

And, after you read my little snippet, run over the http://www.mysexysatruday.blogspot.com and check out other great excerpts!

As a romance reader, it’s the stories of true love I crave.  And, not the sweet, easy kind, but rather the love that comes from struggle, from perseverance, and from triumph.  Real love isn’t easy, but when it’s achieved, then it’s amazing.

But, before all that, there is a beginning.  That small, tender moment when things change forever for both of them.

I’ve chosen this snippet from my book, To Rescue an Earl, which is a soon to be re-released and retitled version of my book The Mad Earl.

Pushed into a marriage of convenience, Miranda Ellerton is newly wed to Michael Kelton, the Earl of Winningham, known by his peers as “The Mad Earl.”  A tortured soul, given to fits on occasion, a tortured soul lies beneath his uneven manner.  He’s a mystery, for sure, and one that Miranda would risk her life to figure out.

“Michael, what’s wrong?” Then she quickly added, “Other than marrying me, I mean.”

He kept his eyes closed now, not daring to look at her. “You just went out onto the balcony…” he started. “I am sorry, but you must go.”

Miranda would have none of it. Suddenly she sprang to her feet and knelt before him.

“Listen to me,” she began. “I’m not going to fall off a balcony, get shot in a hunting accident, or be run over by a carriage. I’m here and you are not responsible for anything that happens to me. And while I don’t necessarily want to become your wife just now, it doesn’t mean we can’t be friends.”

Seconds passed as he sat unmoving. His fear was palpable, and she had the distinct impression that he was grasping her hands as if he were holding on for his life.
As suddenly as his panic took hold, he visibly relaxed. It was as though he’d come to some decision and was finally at peace with it.

“All right.  We shall be friends.”

Then, he did a most unexpected thing, something that would vex Miranda forever. He leaned forward and capturing her mouth, kissed her. 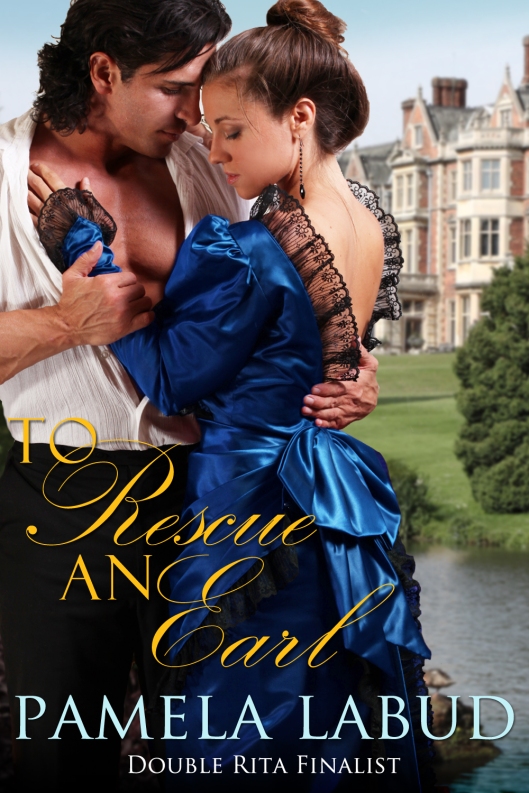 Thanks for stopping by!  Have a great day and Happy Reading!